Stock Market Crash Or Correction? It’s All About Future Profits 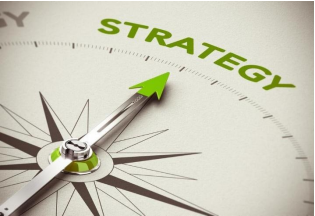 Does the stock market drop this month in 2020 indicate a prolonged crash or a quick turnaround? This question is debated among investors and discussed all over financial and secular media. Investors, I believe, need to focus on one thing, and one thing only – corporate profits! Are businesses making a sufficient amount of money or not? And if so, will this continue into the coming year. This is all the stock market cares about.

All these other things: interest rates, value of the dollar, trade agreements, current presence or absence of a bull or bear market, high or low employment or unemployment, all these factors (and they indeed influence markets) are only important in as far as they affect business and corporate profits. Think about this the next time you hear questions in the financial media as to whether or not the Chinese or U.S. governments will “support” the stock market. As if it is somehow their responsibility (or even ethical) to bail out stock owners, many times at the expense of an effective operation of the free market.

Right now all stocks on the Chinese bourse have a P/E ratio of somewhere between 40 and 50. And that’s based on China’s own undocumented growth numbers, which is known among most analysts and increasing numbers of investors to be highly suspect. The Chinese government can do anything they want, and God knows they’ve tried, but they cannot intervene in any way, short of drastic market reforms, to bring the P/E ratio down to a fair value range of 14 to 16. I’ll discuss more on P/E ratios later on.

Chinese businesses must bring the stock market down to fair value on their own, by undergoing a stock market crash. There is no other way, and it has a long way to go, from a P/E of at least 40, down closer to a fair value range in the mid-teens. Remember this the next time you hear someone on Bloomberg or CNN Financial opine on whether or not the Chinese stock market has found its low point yet, and is ready for a rebound. All of this discussion takes place, as if we might get enough investors to believe the Chinese stock market has gone down far enough– not based on fundamentals, but based on, I don’t know, hope and a prayer (as well as a good dose of Chinese-government arm twisting).

Actually, most Chinese businesses cannot become  truly successful on their own, at least not under the present communist government constraints. This is for two reasons. One, the Chinese government itself owns at least 51% of most of the largest companies in China. What government anywhere has ever run a successful business long term? It’s called bureaucratic inertia and general incompetence. And two, China must institute free market reforms, which they are loath to do. Reforming the Chinese stock market and economy would mean giving up a lot of communist government control. There is no other way. I believe when push comes to shove, China’s leaders will always opt for more control and less open markets, at least for the near future.

Since a more open reformed Chinese economy is unlikely over at least the next few years, we can expect a stock market crash in China, resulting in a Chinese recession. Since the U.S. dollar is getting stronger and the Chinese yuan weaker, U.S. corporations will sell less to China and all other nations negatively affected by China’s recession. This will reduce U.S. corporate profits from these sources. The question then becomes whether or not the U.S. can also avoid a recession. The employment situation looks much improved, but growth is slowing in the U.S., and inflation is down under 1%. The Federal Reserve (“The Fed”) believes this number needs to increase to at least 2% to reach a critical mass igniting continued economic expansion. They are probably right. Very low oil prices present a positive influence for the economy, freeing up potentially more spendable consumer dollars. However, this doesn’t seem to be happening, as consumers prefer to pay off debt. Although this is good for individual consumers, it is not good for the economy or the stock market, as less dollars spent mean lower corporate profits.

The U.S. stock market is weighing all these factors, trying to determine how future business growth, or profits will pan out. My personal belief is that the odds favor at least a near term bear market over a continuing bull market. Let’s say the odds are about 60/40 for at least a 30% drop within the next year, and 90/10 for a 40-50% drop sometime over the next three years. This is just my guess. Again, it can never be predicted with any certainty.

But, the odds of a crash will increase if we enter a recession. This can go either way: a recession leading to a crash, or a crash leading to recession. Just remember, its all about corporate profits, and how close to fair value those profits put the stock market at any point in time.

There is always debate about whether the economy will expand or not, and if so, how fast? Other common questions are focused on if and when the Fed will begin raising interest rates. Also, will China continue to serve as the world’s cheap source of goods (think ‘Walmart’) and humongous consumer of commodities (including all those vacant apartments) These are all relevant questions, but again,  only as they relate to real corporate profits. That’s all the stock market is interested in. That, and nothing else.

Neither government (nor any other entity) can support the market unless they can somehow increase business profits. Sound fiscal policy sets up the framework for corporate profits, but is unlikely to come into form as a market bubble is bursting. It’s too late at that point. So if all this is true, how do we get a handle on the near future corporate and all business profits, which is exactly what the stock market cares about?

I’ve said many times that no one can predict the future stock market. There are just too many extraneous factors affecting it that cannot be predicted or controlled. Of course that doesn’t stop many investors (including myself) from trying. So if it can’t be predicted with a reasonable degree of accuracy, what else can an investor do? There are two choices: make an educated (in his mind anyway) guess, based on what he determines to be probability factors; or, set up a portfolio to take advantage of all possibilities. I prefer the latter.

Let’s first look at the primary determining factor of the stock market, even if we can’t accurately predict what that factor will turn out to be in terms of actual numbers. We can start by looking at the P/E-10 ratio as the best single valuation tool available for determining the overall stock market value of the S&P 500 index, which is an excellent proxy for the U.S. stock market. The S&P 500 includes 500 of the largest U.S. corporations, doing business all over the world. And the P/E-10 ratio, in my opinion, is the best single valuation tool available for determining fair value, or as close to fair value as possible, in the stock market.

This is not an exact science, but P/E-10 gets us close by measuring the relationship between price and earnings (corporate profits) over a ten year average, adjusted for inflation. If the earnings figures are close to accurate, we know how far the stock market is at any point in time from the long term average of 15. Based on this figure, and other future external market factors in the mix, the stock market price level will be determined ( although again, because of a myriad of external market factors, this is not predictable).

The P/E-10 number for the S&P 500 index is now about 25, which is 67% above the long term average. Some will quote the trailing 12 month figure (known simply the P/E ratio), presently at about 18, to claim the market is not severely overvalued. The P/E-10 ratio smooths out changes made in the last 10 years and is therefore much more accurate. In other words, if the market has been overvalued for a long time, and just recently shows more normal valuation, there is bound to be some reversion to the mean, resulting in undervaluation for some time, regardless of the one year P/E ratio. The P/E-10 number reflects, and accounts for, this reversion to the mean much more accurately.

In spite of the present high P/E-10 ratio, the stock market can stay overvalued for a long time before it starts reverting closer to fair value. The opposite is also true, as was the case during most of the 1970s. The stock market was very unloved during that decade, and its relatively low price level showed it.

So, could the recent drop in the stock market simply be a minor correction in a longer term secular bull market? Yes, it could. There are just too many external market factors to affect future P/E-10 ratios. Let’s look at what I believe is the biggest elephant in the room: the outstanding U.S. debt.

First the U.S. debt is currently $18 trillion dollars and rising. This represents 101% of U.S. GDP. We now owe more than everything produced in the country for one year. The Congressional Budget Office states that this debt will climb to $27.3 trillion dollars within the next 10 years. This astounding figure does not even include all the unfunded liabilities, such as social security benefits and Medicare. Those two programs jump the total figure to $90.6 trillion dollars.

No one in government is willing to face up to this looming catastrophe, so investors had better be ready, because at some point it is inevitable that the fiscal chickens will come home to roost.
How can corporate profits, and therefore the stock market, become affected by the national debt? Let us count the ways: As the debt gets larger and larger, interest payments will compete, and crowd out to a large extent, all other government spending, including entitlements. Also, possible higher taxes in an attempt to increase government income will reduce consumer spending, thereby reducing corporate profits.

The government options will then be: A – reduced government spending (unlikely), B – increase taxes sufficiently to close the gap (also unlikely), C – some combination of A and B (necessary, but still not sufficient, unless there would be enough social security and Medicare cuts, which is very unlikely), or D – print much more money to cover ALL spending, including all entitlements (most likely).

This leaves us with billions of extra printed dollars as the final solution. Say “hello” to runaway inflation. These billions and trillions of extra dollars in the economy must dramatically increase prices at some point sooner, rather than later, cheapen corporate profits, and destroy savings. At some point as the national debt, and the annual payments on it become unsustainable, inflation will return big time.

What is my conclusion, or more importantly, my solution? Have enough cash to take advantage of the coming stock market catastrophe, which will happen sometime in the next 6 months to 3 years. Pick a worse-case crash scenario, say… 50% down. Buy in increments of 7-8% down, so that you plan to run out of investable cash at 50% down (I said, “investable”; make sure you also have enough money for everything else in your life). The further the stock market declines, the more stock you buy. Now, I’ll add a plug for my book, available on Amazon, and my website, stephenrperry.com. This strategy, which I call Strategic Stock Accumulation, is laid out clearly in my book, “ How To Make A Fortune During Future Stock Market Crashes With Strategic Stock Accumulation”. I used a close variation of the strategy very successfully during the crash of 2007-9 and subsequently back-tested it by calculating back to 1929. It is an excellent long term strategy, and especially so during a stock market crash.