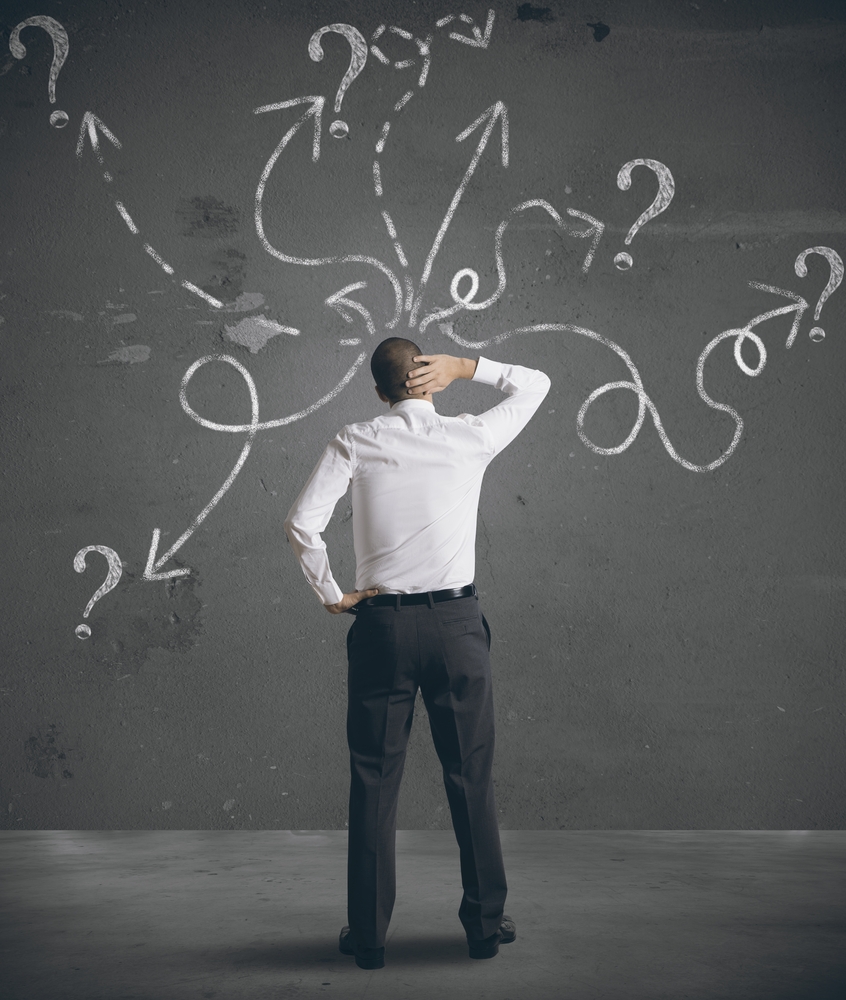 Everyone wants to know, “What’s the market gonna do?”. This question is meant to elicit a prediction for the next week, month or year, as if the person being asked “knows something” the person asking doesn’t. On the other hand, maybe it’s just a conversation opener, like “How’re you doing?, or “Hey man (dude) what’s up?” The answer in either case is likely to be just as enlightening. That is, not at all, and can actually harm an investor’s portfolio if short-term buy/sell decisions  are the result of this kind of off the cuff, anecdotal opinion.

And yet, investors continue to ask this question about the stock market’s direction, believing somehow, in some way, some kind of investment edge may be gained by the answer. The truth, unfortunately, is that most answers are indeed more likely to mislead. Why is this so? To answer this question, investors must face the fact that no one knows the answer! No one person, not Warran Buffett, not Federal Reserve Chairwoman Janet Yellen, nor any of the other “experts” out there, knows clearly what the stock market will do over the next few weeks, months, or years. And so, to follow anyone’s “expert” advice, to buy or sell stock in the short-run, can only lead to results based on luck alone. Of all the bear markets since the Second World War, no U.S. government agency has correctly predicted one, a year before it started. Oh yeah, there will always be some individuals who through luck alone successfully predict a market “crash”, but this is not surprising. Since stock market crashes are inevitable, just like a broken clock, (correct twice a day), some talking heads will be right once a crash occurs through luck alone. The problem is knowing who and when to believe such predictions.

The inability of anyone to make accurate stock market predictions outside of luck is depressing. That is, if you believe this specific type of knowledge is important to your success as an investor. Fortunately, it isn’t!

First of all, though no one can predict for certain even the general direction of the market, a rational prediction based on probability, can however, still be made. Though short-term investment decisions should not be based on even these somewhat credible types of predictions, I’ll explain how they are made anyway, in a moment. The important thing is that it’s not necessary. More on that also, down below.

But, I digress. Let’s get back to the problem of short-term stock market predictions. In the short-term, the stock market is many times buffeted by forces far stronger than its mere relationship to fair value. If, by a number of different market valuation tools, such as P/E-10 Ratio, Price -To-Book Ratio, Price-To-Sales, CapEx, Gordon Growth Model, etc, etc., the market is considered fairly valued by most economists at that point in time, can we assume the stock market price level will reflect this fair value? No way! And this is the problem with all short-term stock market predictions. If it was simply a question of determining fair value, the game would be over. Investors could simply buy when the market was undervalued, and sell when it became overvalued, based on the best economic opinion of the day. Of course, the fallacy with this strategy is that the mass buying and selling, as a result of previously perceived fair market valuation, would itself result in both overvaluation and undervaluation.

Now, to that we must add emotional, non-rational investor buying and selling, based on greed (sometimes referred to as “animal spirits) and fear. Investor buying above and beyond fair market valuation is called “momentum” investing. Buying below fair market value is called “value” investing. Momentum investing is helped along by the “jumping on the bandwagon” effect, where investors increasingly feel empowered by the groupthink resulting from large continuing stockmarket profits. The potential for future large profits resulting from increasing levels of undervaluation, are caused primarily by fear. Again, the “jumping on the bandwagon” effect is seen in this scenario also, but in the form of selling, not buying. There is always a large sense of security, however misleading it is, in following the crowd. And nowhere is this more predominant than in stockmarket investing. There is always overreaction on both the buy and sell sides occuring during the extremes of the market cycle. Human nature!

We must now add another factor to the equation. Extraneous (usually to the stock market), compelling national and/ or world events, can sway investor opinion dramatically, thereby increasing market volatility. These events, along with the above described factors can easily have a synergistic, multiplying effect on investor actions. Examples would include: unexpected war in an area significantly involving world markets; recession or depression, sudden or unexpected;  and changes in interest rates, expected or not.  The more extreme and unexpected the event, the more likely it is to be thought of as a so-called “black swan” event (sometimes referred to pre-occurrence  as potential “tail risk”) This will exacerbate stock market selling or buying, depending on how it is perceived, good or bad.

These black swan events are almost completely unexpected, usually having negative (but sometimes positive) worldwide effects. Negative examples, as explained in my book, as well as a previous blog post are: Pearl Harbor, The 9/11 Attack, and the Great Depression of the nineteen thirties. Two positive examples of black swans are: the breakup of the old Soviet Union (Vladimir Putin has called this breakup “Russia’s greatest historical catastrophe”- but very good for the rest of the world by having the very positive effect of ending the “Cold War”), and the super “High Tech”revolution. Black swans are almost never predicted, but once they occur, are always subsequently said to be events that should have been predictable all along (That’s part of the definition).

A black swan will push the stock market further and faster in one direction, than it would have gone without its occurrence. And, being unpredictable, its potential appearance on the world scene contributes that much more to the short-term unpredictability of the stock market.

If you accept and agree with the above simplified equation, then you understand, maybe for the first time, why it is impossible to predict the stockmarket. Hopefully, then, you will no longer base your buy/sell decisions on such guesswork. Again, the following factors, not always, but close to occurring in this sequence, are always present: First, the rational buying and selling based on generally perceived true market value sets a base, this base is then buffeted by the eventual emotional buying and selling resulting from greed and fear. The resulting market price levels are then eventually accentuated by investor groupthink, resulting in further momentum buying or selling, and finally the occurance of occasional influential world events will further affect the previous factors one way or another, usually, but not always, in the same direction. All the previous factors, with or without a black swan, will eventually lead to a crash or severe correction, and a bubble AT THE FAR ENDS of the bear and bull cycles – EVERY SINGLE TIME! Again, Human Nature.

The above described equation makes clear, I hope, why it is next to impossible to predict what the stock market will do, especially in the shorter-term. The longer-term is more predictable. It will go up! Greed, fear, momentum buying and selling, as well as world events have less and less of an effect over time, as the true value of stocks finally wins out. Of course even in the future, these factors will have their effects, but the market is ultimately a “weighing machine”, as Keynes said. On the other hand,  JP Morgan, the great American financier, was once asked the question, “What will the market do?” His answer? “I can tell you exactly what it will do for years to come. It will fluctuate!” – the only truly credible answer, at least short-term, not based on guessing.

If stock market prediction is impossible, then profitable stock market investing must be based on a system which involves no such predictions. Is that possible? Yes, it is, based on the research I’ve done, comparing three different investing strategies over six different stock market crashes, going back to 1929. The results show clearly, there is indeed a strategy to gain large profits without guessing what the stock market will do next week, month, or year.

These results are based primarily on what the stock market HAS done, not what anyone thinks it MIGHT do, and are all included in my book mentioned above, and also on my website, stephenrperry.com. Check it out. I believe you’ll be glad you did.